I am curious to know if it is possible to model and simulate a material such as this “HOHOFILM Rainbow Effect Iridescent Window Film” in Radiance. (Apologies for the Amazon link below. It is included only as a reference to the material). 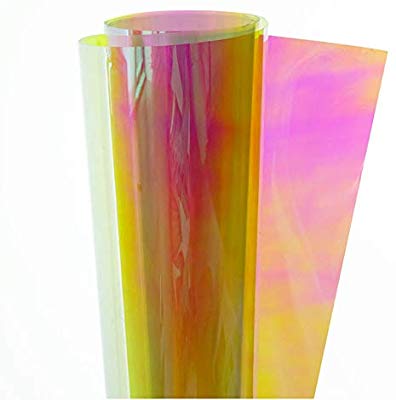 The color of light transmitted changes in response to the angle of incident light.

Could a BSDF be generated that would reproduce this behavior?

And if so, could such a BSDF be applied in emerging multi-spectral lighting approaches which utilize Radiance (e.g. ALFA) to produce detailed spectral data similar to the physical spectrometer measurements i have included in the link below?

I am including some documentation of physical testing i have been doing using a physical daylight model, an automated tilt table / heliodon device, HDR imaging and a spectrometer to illustrate the effect for context.

Are you hoping to go from measurements, or some kind of function definition? Radiance currently supports tristimulus BSDF data, not full spectral data. There is in fact no definition of spectral data yet in our XML format. You can of course use the old trick of rendering band by band, using the Y-channel for whatever wavelength range or spectral basis you like, then combine the results as a post-process.